A Note from Matthew Pepper on Cruelty Investigations 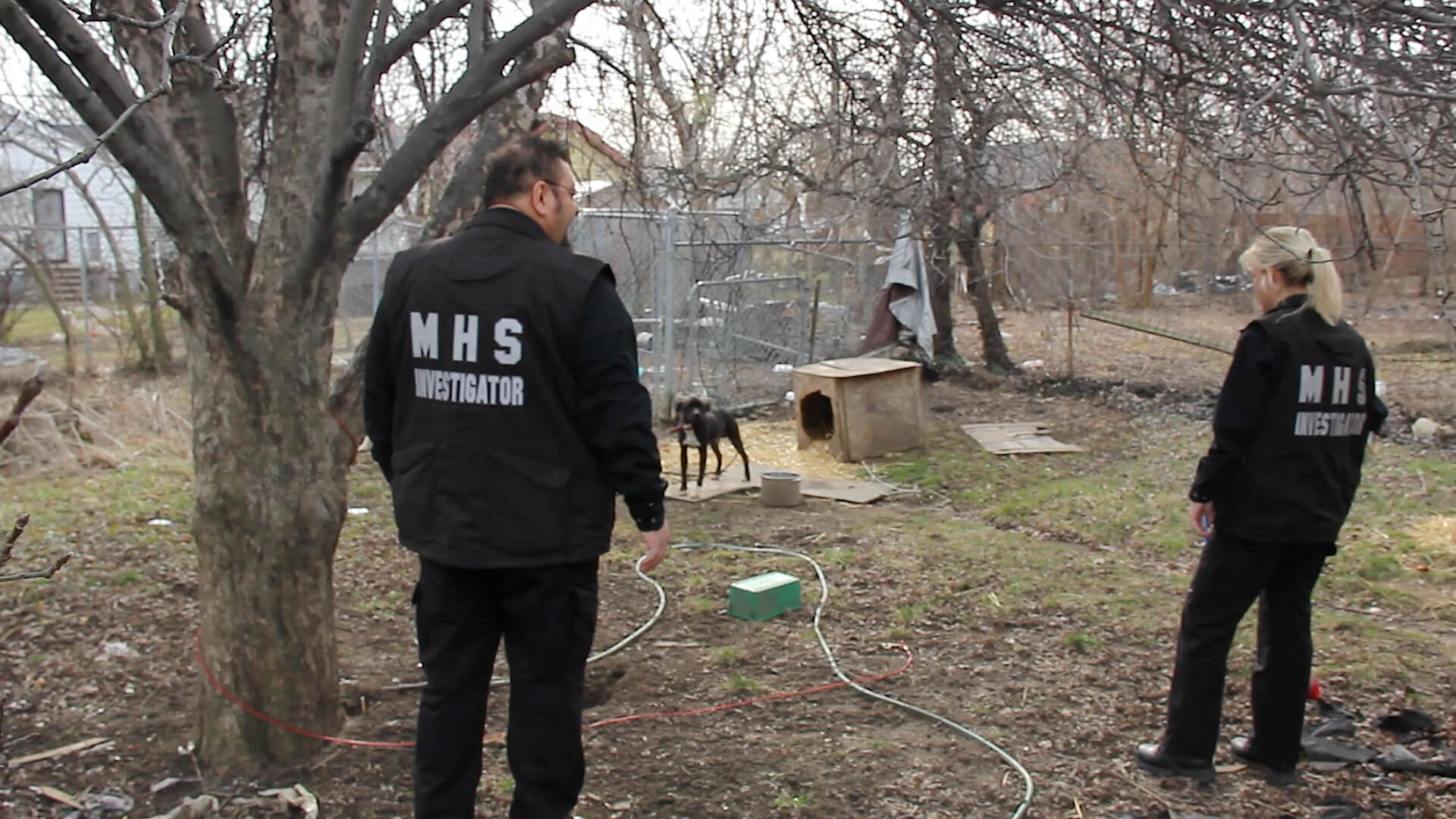 Cruelty is hard to understand.

Inflicting pain and suffering on a living creature is something most of us cannot comprehend. How could anyone do this? Whether it is physically beating a dog or tying it in the backyard for a life of solitude and sadness – the result is the same.

What are some of the legal issues impacting animal cruelty investigations?

Perhaps the hardest part is that we have to simultaneously consider the victim both a living creature and evidence. The implications of this can be far reaching. Whether we like it or not (and at MHS we assuredly do not) animals are property according to the law. Regardless of the crime committed by an owner, that person does not lose ownership of that property unless either surrendered or adjudicated by the court. It is not uncommon for court cases to occur months, even years, after arrest or any charges. If the animal isn’t surrendered – it has to remain without a disposition and cannot be placed or euthanized (absent irremediable pain and suffering).

The concept of animals as property is ingrained in our laws. There are other laws that impact the investigation of animal cruelty and the outcome for the animals involved. Let’s take dog fighting as an example; dog fighting is a horrific act of unspeakable cruelty. We have all heard stories of dogs being adopted or rehomed after arrests in dog fighting investigations – for example; the Michael Vick case. In Michigan, this is statutorily not permissible. Michigan does not allow a person to own a dog used for fighting. In fact , the law (MCLA 750.49) states that “[a] humane society or other animal welfare agency that receives an animal under this section shall apply to the district court or municipal court for a hearing to determine whether the animal shall be humanely euthanized because of its lack of any useful purpose and the public safety threat it poses.” In Michigan, euthanasia is the only legal outcome for dogs taken in as part of a dog fighting operation.

As professionals in animal welfare, we must adhere to the laws that exist or we compromise the integrity of our organizations, the legal process, and any possibility for justice and action against those that caused the suffering. Adhere to the laws or change them; which is why the Michigan Humane Society is spearheading legislation that would allow each animal to be evaluated individually and offers hope for placement (HB 4765). 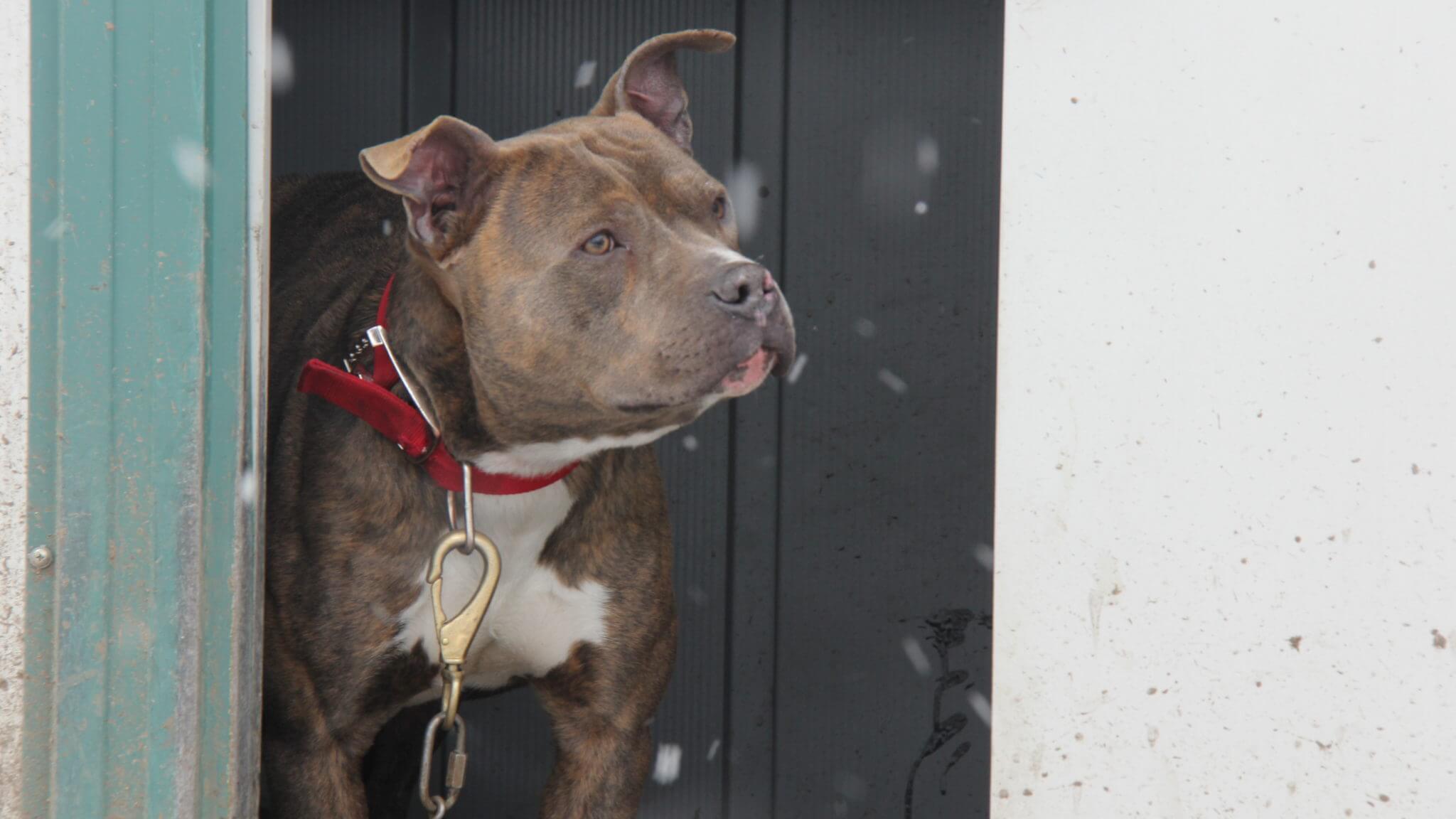 What is the impact of cruelty on the animals and on what happens to them?

The public often only see these animals from the outside as victims – perhaps from a short video on the news or a picture on social media. Through that emotion, we forget that any subsequent placement, if allowed by law or the courts, would still have to be responsible and safe. These animal victims have been the subject of incredible suffering often for extended periods of time. This often means the animal is unsocialized and unsound and cannot be placed. Animal behavior is a product of their owner and environment but that does not make them any less dangerous. All who care about animal welfare and public safety must take this into consideration while working to ensure that those responsible are never able to inflict this kind of irrevocable suffering again. As heartbreaking as it is, the end is not always a positive one. Yet we must take solace knowing that animal suffering has ended in instances where the victims are not able to be responsibly placed. That is not to say it can’t happen – in fact, at MHS, we put every resource into working with the subjects of animals cruelty. Many of our placements were at one point the subjects of an animal cruelty or neglect investigation. We have given thousands of victims new lives.

The timing and nature of an outcome for these animals is often more complex that one might think. There are often multiple organizations, court systems, attorneys and other interested parties involved. All of which may have authority over all or some of the aspects of the case including disposition of the animal. In a multi-agency investigation, the outcome, when and if an animal can be released and perhaps even to whom, often stands with the enforcement or investigating agency rather than the housing agency. At MHS, we both investigate acts of cruelty and act as a support organization to others.

Social media is immediate and can add to the complexity of animal cruelty investigations. It is also without accountability and, frankly, it is often without facts. Animal cruelty cases can go on for an extended period of time and often involve much more complexity and detail than can be divulged to the public. Revealing these details can significantly compromise, or at times eliminate, any case against a potential offender and could lead to the return of the animal to an abusive situation. On Facebook, for example, the immediate calls for “justice” or “humanity” in a particular case are driven by the assumption that the source of the information has all the facts necessary to make an informed, rational, decision. This is rarely the case.

We all understand the motivation and emotion behind angry pleas for action on social media. But this tactic is often misguided. Using social media to invoke a public outcry without facts is irresponsible. Further, it often causes unfortunate and inappropriate knee-jerk responses by involved agencies in an effort to avoid misguided public criticism. As an example; if there are pleas to return a dog to an owner, based on partial information, and an organization involved in the case is hesitant to do so we must take in to consideration that there is more information available to the parties actively involved in the investigation.

What is MHS’ role in investigating animal cruelty?

One of our core competencies at the Michigan Humane Society is to investigate and address acts of animal cruelty. We have been doing this for 139 years and our Cruelty Investigations Division investigates thousands of cases of animal cruelty every year. We will always adhere to the law and take action in the best interest of the animals.  It is incumbent that we, as animal advocates, trust that professional organizations investigating animal cruelty have the best interest of the animals in mind. It is easy to be guided to an opinion by partial facts but better to be guided by a principal and all the facts. We, at MHS, are driven to end animal cruelty and to find justice in every situation we are faced with.

Animal cruelty infuriates me. It cannot, and will not, be acceptable as long as I – and our team here at MHS – have anything to do about it. We have incredible partners who walk alongside us in combatting animal cruelty in this State. Not the least of which is you – without your support none of our work addressing animal cruelty would be possible. You make it possible for us to be a voice for those in need. Thank you. 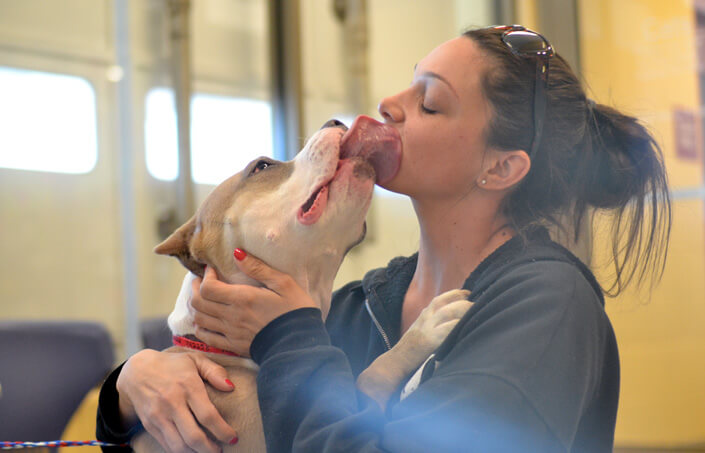