On October 6, Holly Hurd and her pal Chip, an 18 ½-year-old liver chestnut paint male horse, got the chance to show off his snazzy white socks at the Michigan Humane Society’s first-ever Giddy Up Pup fundraising event. The dynamic duo joined 40 other horses at Detroit’s famous Eastern Market for a two-mile walk alongside canine companions and individual walkers. The walk was led by the Detroit Mounted Police through historic city streets to the Dequindre Cut. Holly has been a longtime friend to MHS and has generously contributed to past fundraising events such as Mutt March. But this was the first time that she and other riders got to participate in a horse led walk alongside other supporters and dog walkers.

“It was very exciting, and it was a fun opportunity. Chip was very interested in what was going on around him. All the horses there were very well behaved, and we got to see the Dequindre Cut, which was cool,” Hurd said when asked about her experience riding down the streets of Eastern Market. Not only was she a part of this unique event, but she was also the top individual horse-riding participant fundraiser, raising over $600! 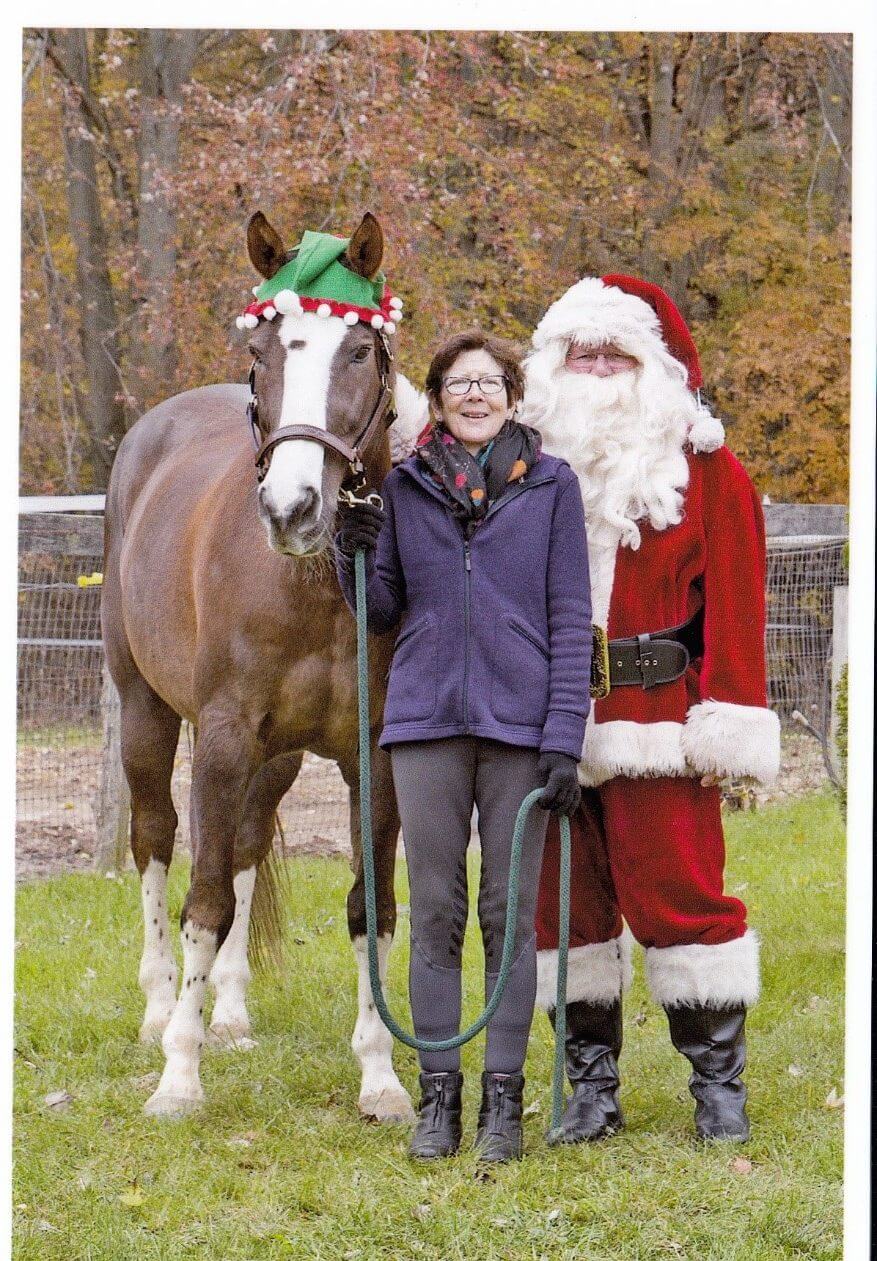 Holly has loved animals for as long as she can remember. She started volunteering at MHS’ Detroit shelter ten years ago before it was relocated and expanded to the current Mackey Center for Animal Care. In addition to donating her time, Holly also opened up her home to foster Baxter, a Chinese Shar-Pei. It did not take Baxter long to win her over, and she fell in love and decided to adopt him. Most recently, in June of last year, her family grew again when she found Chip, who use to be a horse-riding lesson horse. Now, Chip has a loving family and gets to join his caring human companion at fun new events.

It was a sight to see all of our animal friends, big and small, alongside kind animal lovers marching side-by-side and paw-to-hoof towards one shared goal – to help save animal lives.

MHS is grateful to Holly, Chip, the Detroit Mounted Police and to everyone who took part in this memorable day!