Dog Eyes Evolved to Look More Human According to Study

Those “puppy dog eyes” get us every time, and according to a recent study, humans are to blame.

A new study led by Juliane Kaminski, a psychologist at the University of Portsmouth in the U.K., determined that millennia of domesticating dogs have dramatically changed the shape of their eyebrows. The face of a dog has evolved to make their emotions easier to express. As Nat Geo reports, canine companions often raise their inner eyebrow muscle to make their eyes look bigger and more appealing.

“There’s no evidence that dogs move this [eyebrow] muscle intentionally, but it creates an exaggerated movement that for us means ‘dog,’” says Kaminski.

Published last week in Proceedings of the National Academy of Sciences, the study compared six dog heads to four wild gray wolves. All the animals had died of natural causes and their bodies were donated to science. Researchers found that the retractor anguli oculi lateralis, a muscle that runs along the eye’s outer edge, was smaller in the wolves compared to their domesticated dog counterparts. This muscle exposes more of the white of the eye, giving dogs a more human-like appearance.

Think about all of those times your dog(s) stared at you while you’re in bed because he or she wants to go outside? 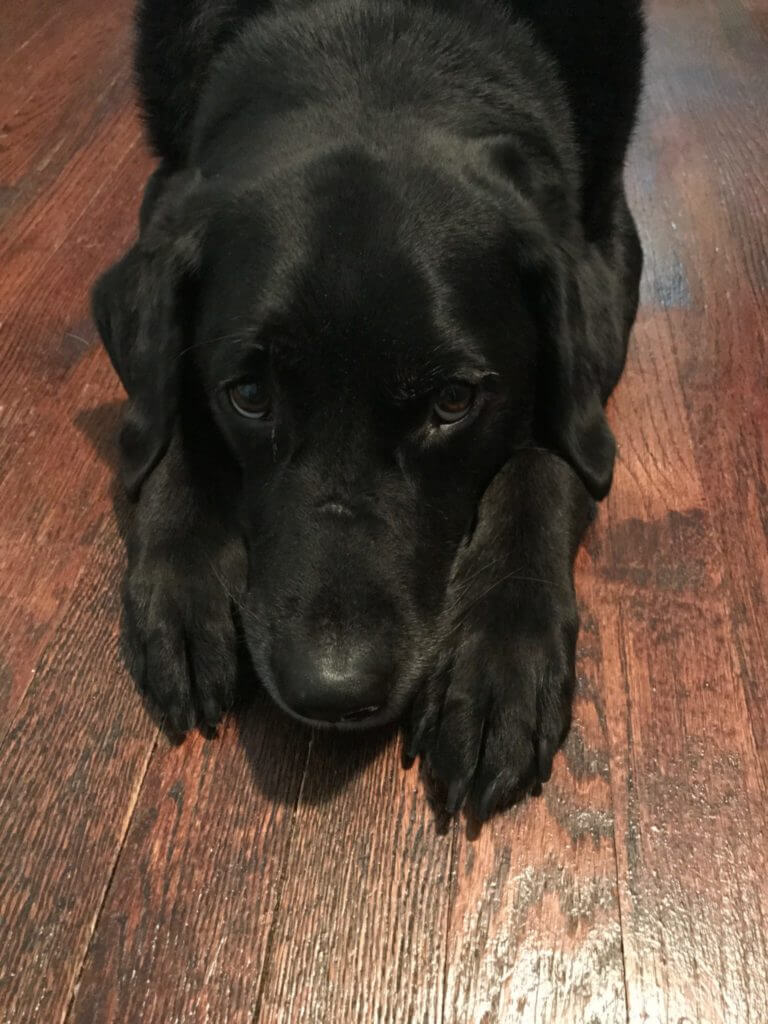 How can you resist that face?

Looking for a dog to share their loving stare with you? See the puppies and dogs available to adopt at Michigan Humane on our Adopt a Pet page.