The man accused of stabbing a former Michigan Humane rescue dog to death has been sentenced to 3-6 years in prison Tuesday (April 23).

Alexander Gerth pleaded no contest to the charges of torturing and killing Sterling, whose bloody corpse was found January 24 at a park in Utica. 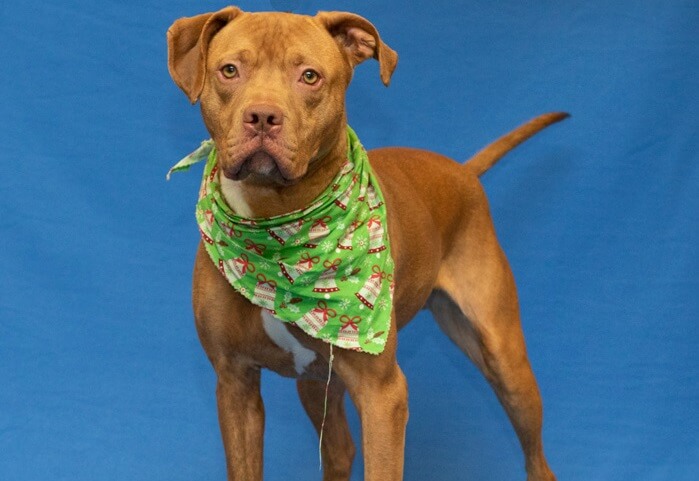 Gerth initially attempted to adopt Sterling from Michigan Humane but was denied due to his living situation. A friend of Gerth’s later adopted the pit bull mix and transferred ownership to him without disclosing that information to Michigan Humane.

“In my almost 17 years on the bench your case is by far the worst, most deplorable example of animal cruelty I’ve ever seen,” Judge Caretti said to Gerth (via Fox 2). “Words are inadequate to express the depth and breadth of your cruelty.

“Statistics show [famous] killers … started down their path to infamy by abusing and killing animals. Let’s hope my sentence discourages you from such behavior,” he continued. “But in your case [with the old animal cruelty sentencing legislation] – it may not be enough.”

“Please know that Sterling did know the love that he deserved every day while in our care and we draw strength from the pain of his death,” a Michigan Humane team member who worked closely with Sterling said at the sentencing. You can read the team member’s full statement here.

Gerth wanted the courtroom to know that he regretted what happened to Sterling.

“Looking back I realize there were better ways of handling this situation,” Gerth stated to the judge. “Respectfully, I want people to know and understand that I did not do this with some kind of sick, twisted, premeditated motive, as which was said before. If I could go back and do this differently I would.”