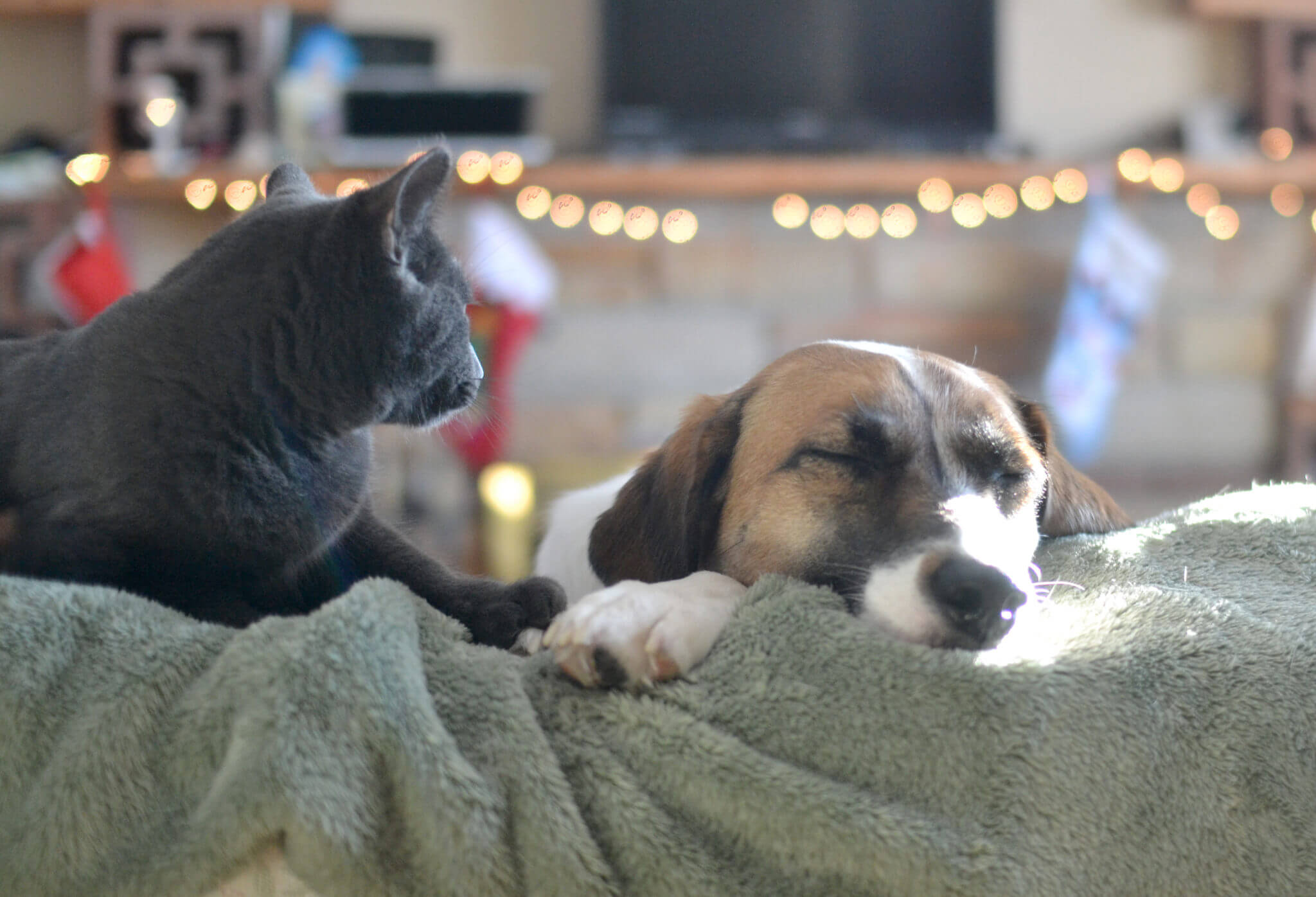 Garth and Smokey both came into MHS after unfortunate circumstances. Garth arrived with a badly injured hind leg – the cause was unknown but it is likely he was hit by a car. A concerned citizen witnessed Smokey being hit by a car – twice! and brought him to us, where we discovered both of his back legs were broken.

Both were cared for by the MHS veterinary staff and each spent time in a foster home. Unfortunately, Garth’s leg had to be amputated for his best chances of recovery, but both of Smokey’s legs healed well after extensive cage rest. 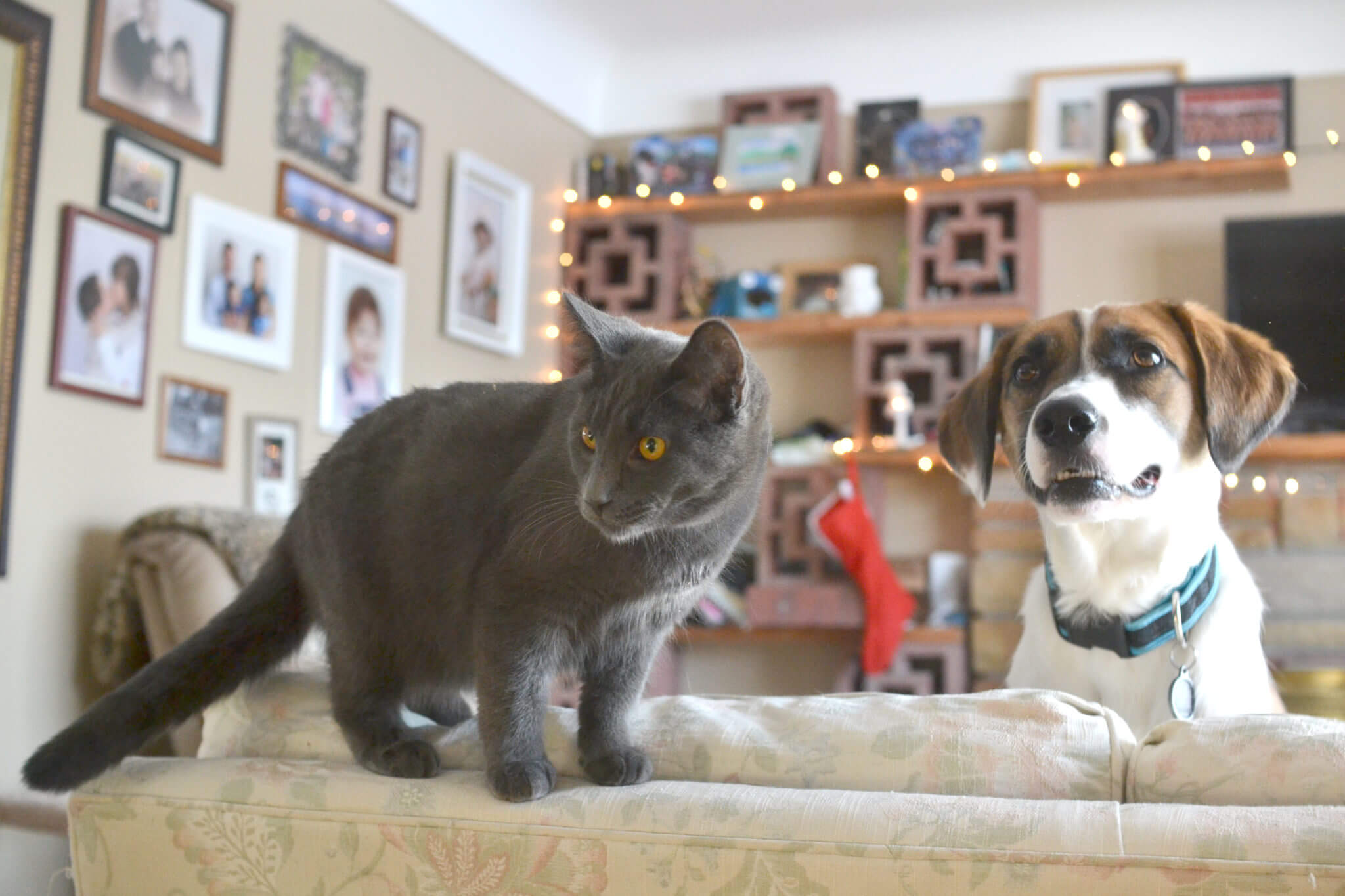 Garth was adopted after several months of recovery, and several months later, the same family adopted Smokey once he had healed. Now, the two are best friends! Garth’s foster family had discovered he had a fondness for cats, and now he has several kitty siblings, including Smokey.

Their new mom says Garth has changed her life, and she loves that he and Smokey formed a quick bond despite not knowing each other while in the care of MHS. Combined, Garth and Smokey were in our care receiving veterinary treatment for more than 100 days, but now they have the rest of their lives to spend in a loving home.