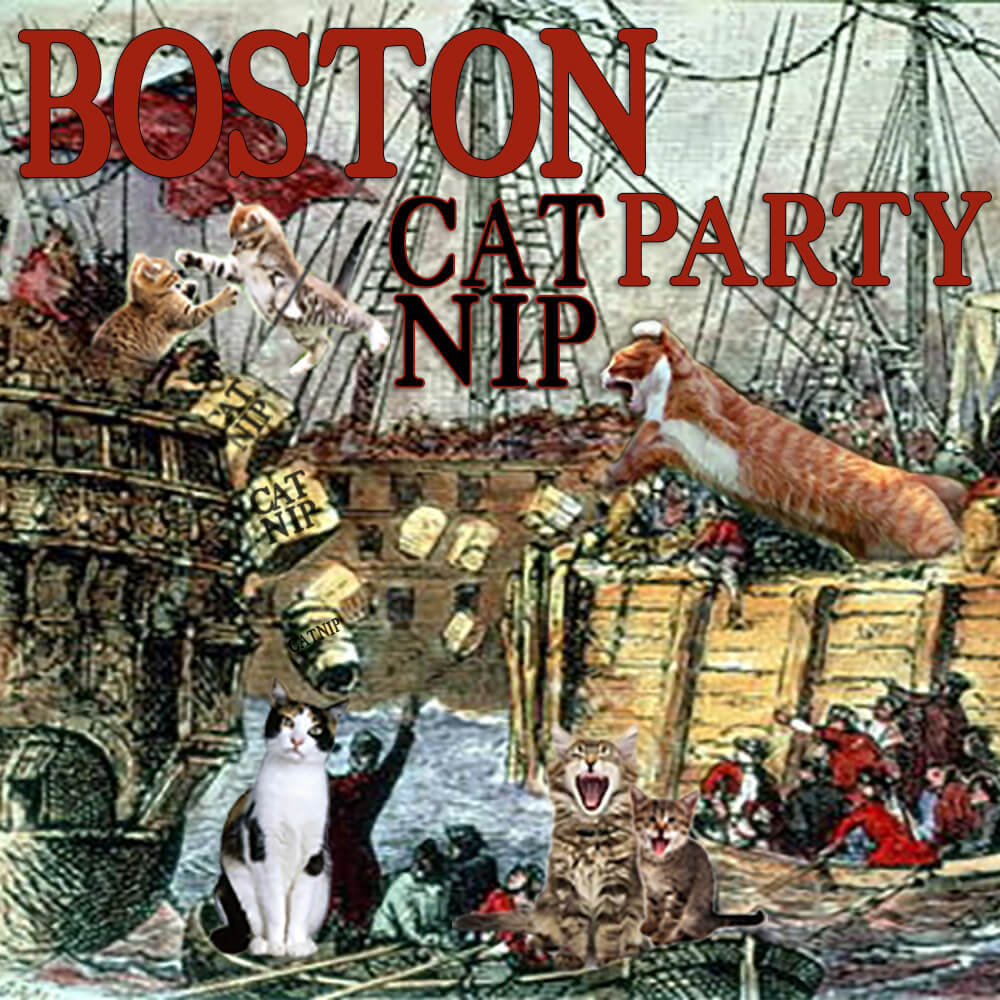 It seemed like any other night however, my head was swirling with excitement. Tonight was the night that our small band of patriots were going to make a stand against the unjust taxation of our beloved Catnip from the British.

I felt mixed emotions as I knew that I would be destroying the very thing I loved the most…Catnip. Oh, the sweet, intoxicating essence of that leafy green bit of heaven. To roll around in it is pure bliss…but I’m getting away from myself. Back to the event…

We gathered by the wharf and broke up into groups, each responsible for a different ship. To avoid identification and potential retribution for our daring act, we had taken our collars off, making the night even more frightening. I mean, what if I got lost? How would I get home? Nevertheless, it had to be done in the name of justice.

My group went first. We retracted our claws as we swiftly boarded the vessel. The crew of Cornish Rex’s was fast asleep. Our timing was purrfect. Three of us made our way to the ship’s hold while the others kept an eye out for trouble. Once in the hold of the ship, we saw it…Crates upon crates of Catnip. Oh, to think of what I could do with all that catnip. Endless days of jumping, diving, rolling, running through the greatest of all the herbs. Smelling that sweet fragrance of this gift from the earth for weeks on end… whoops! Got a little lost there again. Back to the story…

We formed a line and began handing each crate to the next until we got to the deck of the ship. Once there, we knew what had to be done. Claws out, we slashed and broke the crates before sending them to the sea below.

Our mission was complete. As we made our way into the night I had a heavy heart. All of that wonderful catnip resting on the bottom of the sea… I took some solace knowing that it could at least be enjoyed by catfish.

Of course, little did we know that this small, but poignant, event would eventually lead to the Americat Revolution. Long live the purrsuit of life, liberty and the red laser dot on the floor!

Adopt your own kitty activist as part of Cat Independence Days!