A Note from Matthew Pepper on Loving and Losing a Pet 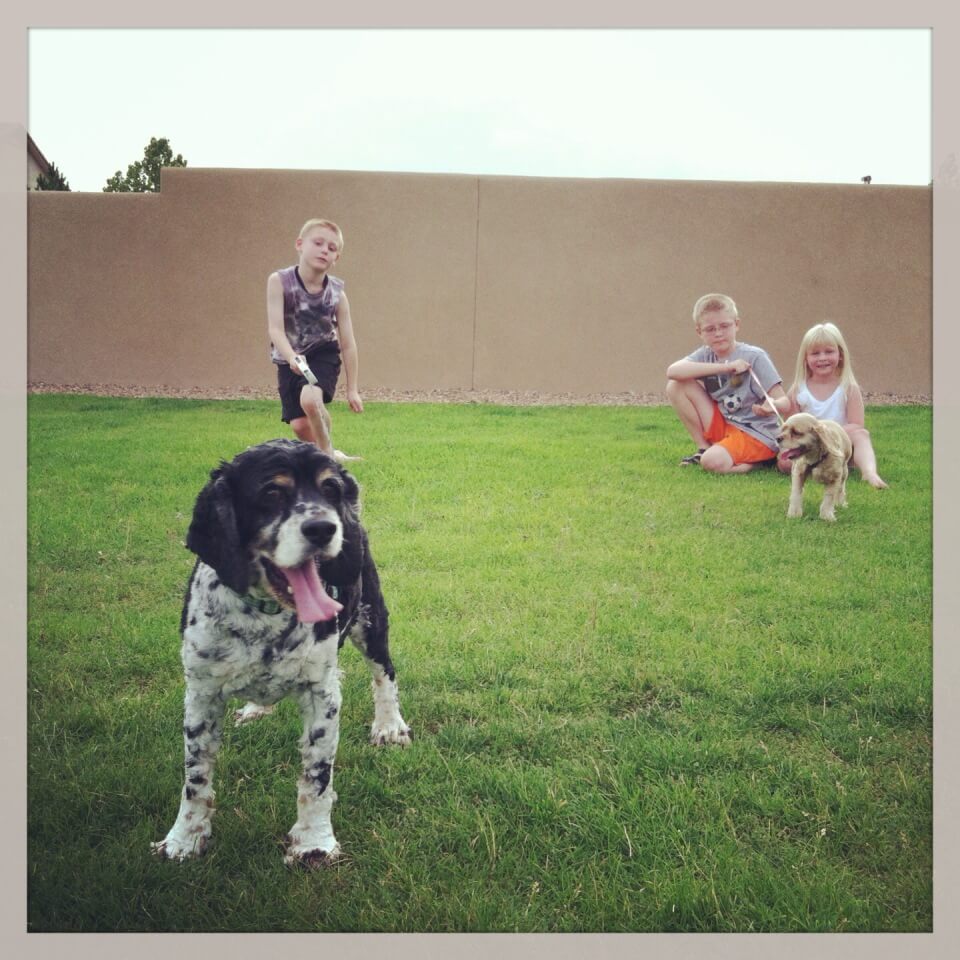 If I remember right it was somewhere near 19 Mile Road and Pine Lake. It was Winter. It was snowing, but it wasn’t the fluffy big snowflakes, it was the heavy wet ones. I had been assigned the Northeast quadrant for patrol as the normal officer assigned there, Tom Canda, was out for whatever reason. I had just started as an Animal Control Officer in Kent County and came across, truthfully I don’t remember if a call ever came in or I stumbled across him, a mass of fur, mats, and ice wandering Westward. I turned on my unit’s hazard lights and stepped out. He immediately turned and ran to me. I’m sure it was against policy but he was way too sad to be in one of the back cages so he spent a while with me in the front on the way back to the shelter. I was immediately attached. Immediately!

That was almost 13 years ago.

Now I say “perfect” but I don’t really mean that. I can’t count the times he I have had to chase him down the street, how many times he has gotten into the trash and destroyed our home, how many times he has so conveniently left “reminders” of his presence on the carpet…this dog has to have eaten 1,000 packets of gum from my wife’s purse.

Not unlike all of us, he was perfect in an imperfect way. He was perfect for me. He was NEVER more than five feet from me if he had anything to say about it. He was absolutely amazing to my four children (of which he preceded all of them). He has been a shoulder to cry on and to talk to more times that I remember. He was great at fitting just perfect alongside you on the couch. He was great at greeting people at the door. He had the sweetest eyes that any living creature could have and you could look into them and immediately be uplifted. He was also goofy and strange…but so am I, so it was, again, perfect.

When I first moved to Louisiana to accept the position as Director of Animal Services in Caddo Parish he came with me. We lived alone in a studio apartment while we tried to sell our house in Michigan. Every day he was there. Every day since, he has been there. He has traveled across this great country with me following my career and my passion; all the while embodying that passion. 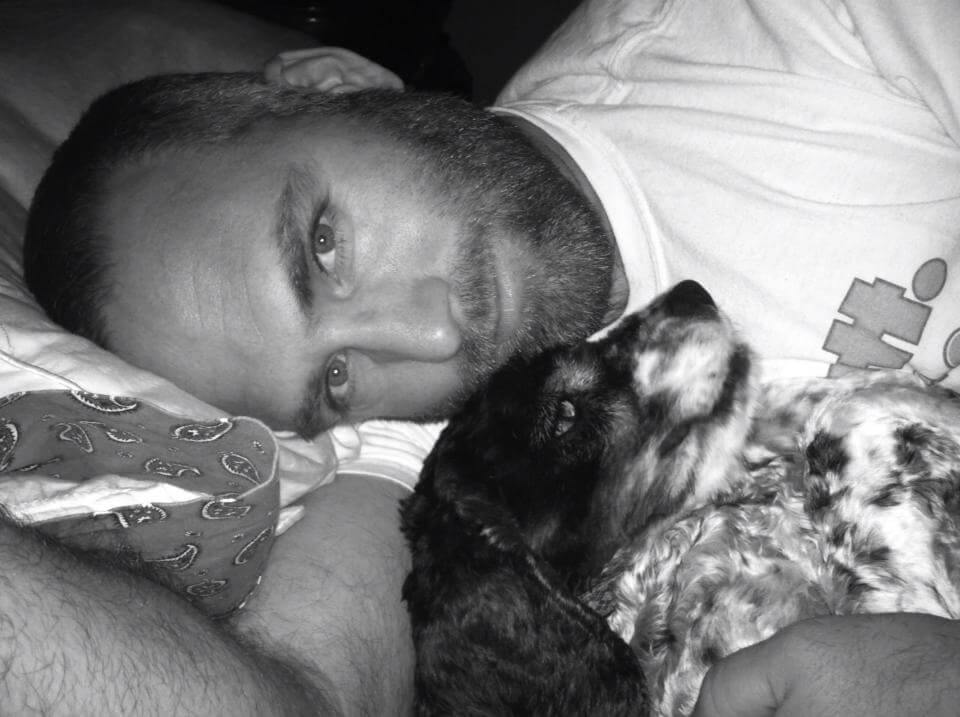 Over the past year things have changed. His behavior has begun to become erratic. First, I thought maybe it was something physical. Blood work found no issues. He had some heart issues, mostly because he was old, but nothing debilitating. Physically, he was in good shape – especially for his age.

He was not himself.

He had begun using the bathroom everywhere. However, it was not in a “loss of control” way. He just did and when he did it was just randomly. He had begun pacing in circles around the house. He had begun to get very possessive of things he came across. He did not react nor seem to recognize things in the same way. He would switch between being himself and someone else – most of time he sort of resembled himself without actually being himself. He simply “wasn’t himself”.

Cognitive Dysfunction Syndrome in dogs is akin to what people think about when they think of Alzheimers in humans. While a little different the idea is the same. Loss of productive activity. Behavioral changes. Lack of recognition. Lack of awareness. It is estimated that as many as 50% of dogs over the age of 10 will exhibit one or more of the characteristic of Cognitive Dysfunction.

Bruce, so named after Bruce Springsteen, was quickly falling into more and more of these categories. I simply refused to acknowledge that fact. Grasping “the time” is easier for me to talk about to others than even think about myself. This was Bruce. He was always there. He has always been there. I, quite literally, do not remember life without him. How can this be? Why is this happening? It is amazing how the logic that we in animal welfare so clearly bestow on others at these times is completely disregarded when it is you on the other side of it. 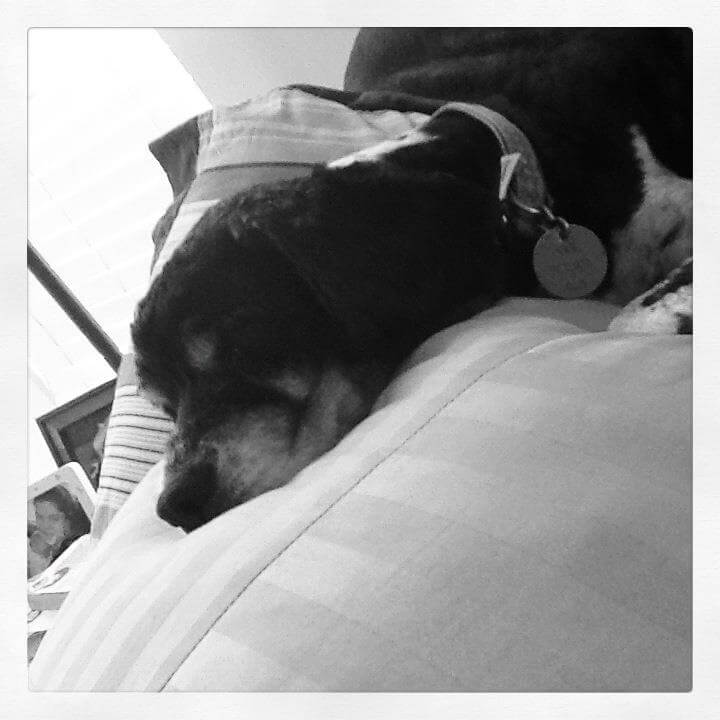 Weeks of truly contemplative thought have brought me to the point that he deserves the most respect and honor that I can provide him. He deserves a calm ending through compassionate hands. It is not fair for me to have him live some shell of his former life because of his physical and emotional state for my personal gain. He deserves to be remembered as my Bruce, as my companion, as my friend, as a member of our family. He has earned the opportunity to run free again and be remembered for what he has done for me and, without question, this is more than I could have ever done for him.

This is why I am so proud, so profoundly proud, to be a part of the Michigan Humane Society. We, all of us, live this bond and this connection with the more than 30,000 animals we shelter annually and the countless more we encounter in the field.

I love what I do. I am endlessly passionate for what I do. As I hold Bruce for the last time and tell him those final words that are just between he and I, I am reenergized for the obligation we have to defend, honor, and celebrate those that we share our lives with. Because of Bruce I believe I can make a difference. That, of course, is perhaps his greatest legacy.