A Statement Against Breed Specific Legislation 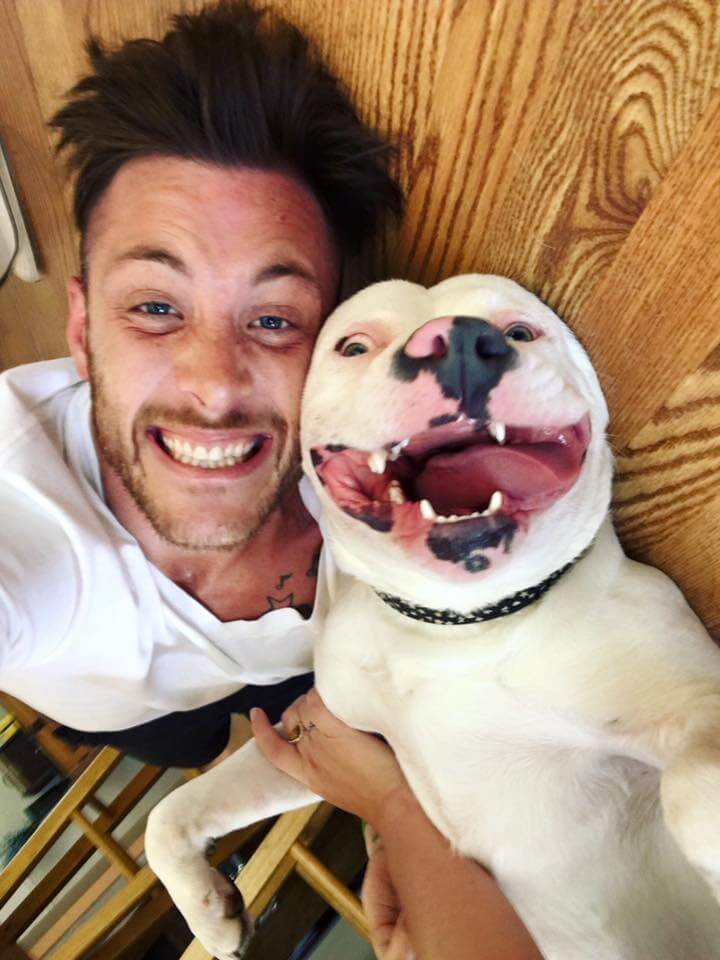 This photo of Diggy with his new adopter started controversy about whether or not Diggy is a “pit bull.” Pit bulls are banned in Waterford Township, the city he now lives in.

Recently, the story of Diggy, an adopted dog, has been in the news due to questions about his breed and the city in which his owner resides, Waterford Township, having restrictions on specific breeds of dogs in their community. The Michigan Humane Society strongly opposes Waterford Township’s stance in supporting breed bans and asks that Diggy be able to remain with his new, adoptive family.

Michigan defines, under MCLA 287.321, a “Dangerous animal” as “a dog or other animal that bites or attacks a person, or a dog that bites or attacks and causes serious injury or death to another dog while the other dog is on the property or under the control of its owner.” Diggy has not engaged in any of these behaviors. He has done nothing but become part of a family.

The public argument now is whether Diggy is an American Bulldog or a pit bull/pit bull mix. That in and of itself is controversial, as a pit bull is not a widely recognized individual breed, and it would depend on where you based the definition. However, the larger issue is this: it shouldn’t matter.

The spirit behind Waterford Township’s pit bull ban is noble: create a safer environment. It is, however, a misguided effort. Breed bans have proven to be, at minimum, ineffective and more appropriately, a misallocation of public resources and trust.

Our position on breed specific legislation is not unique. The ASPCA, The HSUS and the American Veterinary Medical Association all hold similar positions.

Having an officer with the Waterford Township Police allocate time, in response to a situation where a family pet was being nothing more than a family pet is irresponsible and a reaction to misguided perceptions about animal behavior and temperament.

Painting a breed with a broad brush may seem like a viable solution, but it does not address the core issue. While genetics certainly plays a significant role in any dog’s personality, who that dog becomes is influenced primarily by their owner and their environment.

If Waterford Township wanted to truly impact public safety, they would discard the notion of a breed specific ban and focus on real issues involving companion animals and public safety. Officers should be looking at cases of cruelty and neglect (regardless of the breed). Not only is animal cruelty strongly correlated to acts of violence directed at people, but the animals subjected to long-term abuse or neglect often are not appropriately socialized and may develop behavioral characteristics that make them potentially dangerous. In addition, officers must aggressively enforce existing laws, such as those concerning dogs running at large, for example. The fact that a dog is a pit bull is not a problem; however, a pit bull running loose in the streets is a problem, just as it would be a problem if the dog were a Labrador or a golden retriever. It is the actions of the owner that should be held accountable.

The Michigan Humane Society strongly opposes Waterford Township’s breed specific ordinance. It is ineffective, misguided and serves no true purpose other than to perpetuate myths.

The Michigan Humane Society stands firmly behind Dan Tillery and Diggy and would condemn any action to remove him from his loving home absent any violations of existing State law governing dangerous animals.