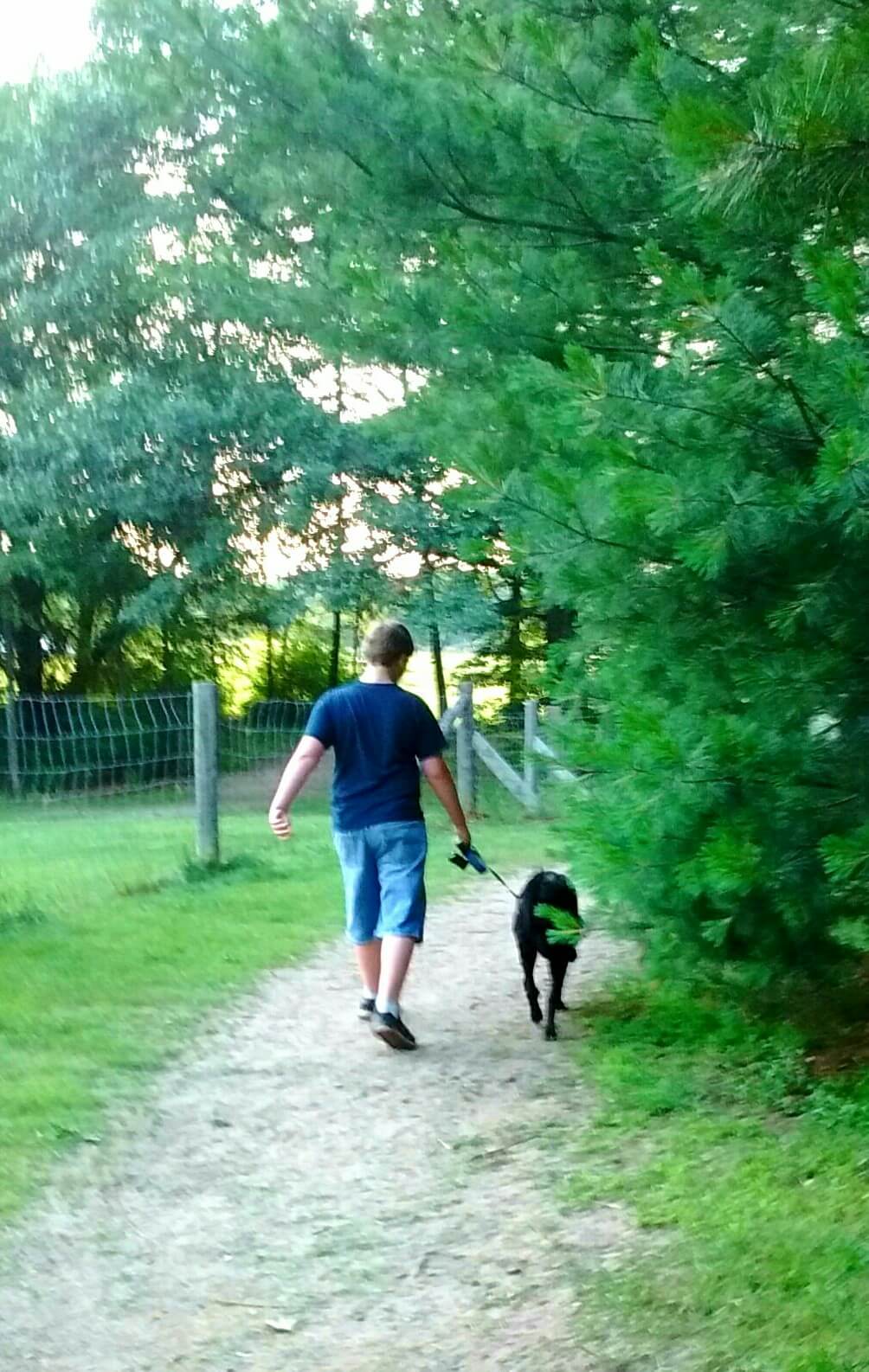 I adopted a dog, Finnegan, about 10 days ago. If you don’t remember, he was the sweet black lab who had gotten quite sick while in the shelter. He wasn’t eating and seemed very depressed. I just wanted to update you on (the newly named) Hunter.

Hunter is very likely the sweetest, funniest, most awesome and amazing dog I’ve ever met. It was a battle for a few days getting him to eat, but after receiving an injection of anti-nausea medication from the vet, it jump started his appetite and he has been thoroughly making up for the meals he missed when he wasn’t feeling well, and boy did his personality start to shine when he was feeling better!

Anyone who has met him has commented on what a good dog he is. Just tonight, I had him with me at my son’s baseball game and a toddler took interest in him. He seemed to instinctively know to be gentle with this child, and calmly accepted the approximate 46 different sticks brought to him. Even when the stick was hardly longer than the child’s hand, he never once grabbed roughly or made contact with the boy’s hand. The parents were equally as infatuated with this sweet dog and commented on how good and gentle of a dog he is.

He thinks he is a lapdog and regularly tries to climb onto my lap, showering me with kisses the whole time. He is so incredibly smart. He already knows my son’s name, and when asked ‘where’s Nicky?!’ he goes off in search of him and excitedly announces when he is located. He learned within a couple of walks that not pulling on the leash would result in a ‘what a good boy!’ followed by a treat every couple houses and will stop dead in his tracks and look expectantly at you if you’ve, in his opinion, gone too long without praising him for his awesome walking skills.

Overall, he is just the most wonderful boy, and I could not be happier with the decision to take the chance on him and bring him home. I really can’t thank you enough for taking the time to speak directly with the vet about him and for giving me all the information available to make the best decision for everyone. Truly a happy ending for us!